Henry Apple was a pioneer. Not in the sense of crossing the country in a covered wagon to homestead new land, but in creating new ways of thinking about farming. Even as a teenager, living in the days of horse versus machine, Henry was inventing new and better ways of helping the farmer be more productive and earn a better income from his land.

Henry's father Alfred was a thresher, so Henry came by his love of farming naturally. Growing up in the lush farmlands of west-central Ohio, Henry soon began to influence other farmers and farming methods throughout the State, and into eastern Indiana. He was a natural born leader with a gift for invention, and an ability to make others see that his "new fangled" ideas and innovative ways were good, progressive and beneficial.

In the mid-'40s, Henry created a design to make a better forage harvester. He used a Continental Engine, parts taken from a WWII Tank half-track, a Massey Harris 101 rear end, a Chevrolet steering axle, and a Gehl FH84 with TR83 two-row corn attachment - the beginning of self-propelled harvesters that are common today but not seen in the mid century. His children remember him "driving his masterpiece out of the barn and somebody from the newspaper came and took a picture of it." 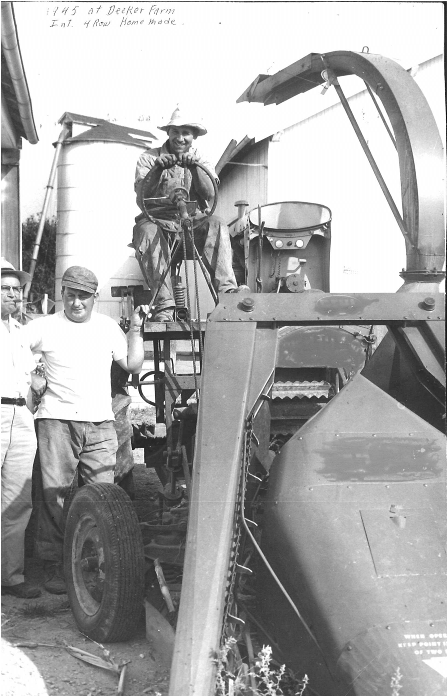 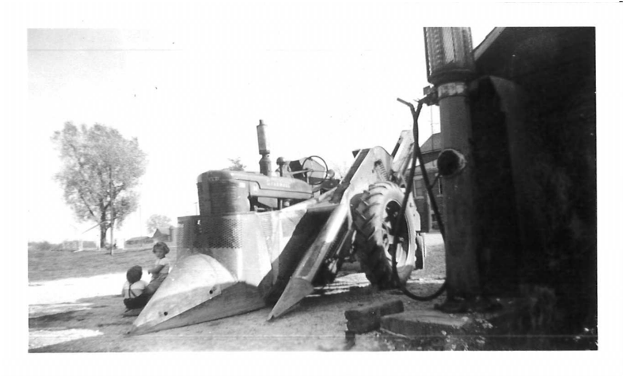 Soon, other farmers, curious about the new machine, began to gather at the Apple place to see what Henry was up to. The young farmer/inventor not only drew publicity, he captured the imaginations and respect of other farmers, because Henry was making life better and work more efficient for these dedicated men and women whose lives depended on coaxing crops from the land.

The Gehl Company offered Henry a dealership in 1956, and a new business was born. Always the inventor and the innovator, Henry Apple influenced not only the farm community, but he also inspired his family to do more, to do better, for the farmers who lived and worked in Ohio, Indiana, Kentucky and Michigan - and beyond. From a small shop on Henry's farm, originally known as "Apple Chopper Service," the business has grown to its four current locations in Covington, Botkins, Mechanicsburg and West College Corner, Indiana. The company now stocks parts and farm equipment from more than 100 manufacturers, all chosen for their quality and innovation - the same hallmarks that drove Henry throughout his lifetime.

Henry passed away in 1996, but over the years, Apple's size, reputation and strength in the community have grown steadily.

Today, the proverbial "Apple" has not fallen far from the tree. Henry's son Bill is the company's President and CEO, while his wife Linda is heavily involved in the office.  Their son, Matt, joined the company in 2000.  They each continue the tradition and the beliefs of Henry in making Apple Farm Service a family-run, customer-focused company that deals with quality products, excellent service and parts professionalism - dedication to making life, and life's work, run a little more smoothly.

Bill Apple is the son of founder Henry Apple and his wife Ina. His early work experience with the family business was in delivery and service. He joined the business full time in 1972 and became President and CEO in 1996 after the death of his father. Bill grew up on the family dairy farm, and learned his business sense, sales discernment and philosophy of caring from his parents,  who set the example for the company vision and direction. After attending Muskingham College in Cambridge, Ohio, he learned sales in the agricultural implement business by working alongside the best - his father. Through the years, Bill has upgraded his skills by attending numerous service, sales and management training courses provided by many of Apple's manufacturers.

Bill opened the Botkins satellite store in 1985, significantly expanding the family business. Since 1994, he has ensured that both Apple locations meet the "Highest Standards of Excellence" required by each of the company's manufacturers. In 2013, Bill acquired the third Apple Farm Service location in West College Corner, Indiana.  Bill expanded Apple Farm Service to the east in 2015, when he opened a location in Mechanicsburg, Ohio.  The company's latest expansion was in 2021 with the acquisition of the Washington Court House, Ohio location. This location also holds the “Highest Standards of Excellence” required by each of the manufacturers.  Because the company has attained these standards, Apple is able to buy at greater discounts and pass along the savings to our customers - a key component in Apple's strength and competitiveness.

Bill has served on various Agricultural Councils, including New Holland Regional and National Dealer Councils, the Gehl Dealer Council, and others. He is a respected member of the North American Equipment Dealers Association (NAEDA) and the Ohio and Michigan Equipment Dealers Association (OMEDA), and has served on various OMEDA Committees. Bill and his wife Linda have three children and six grandchildren.